In the Year of Folk Art and Intangible Cultural Heritage of the Peoples of Russia, the EthnoSouth-2022 student festival was held in Volgograd State University.

For three days, Volgograd State University has been welcoming guests from Astrakhan State University and Southern Federal University. The main goal of the festival is to introduce students to the culture and traditional art of the peoples of the South of Russia.

Vice-Rector for Academic Affairs of VolSU Dmitry Ilyin opened the festival with a welcoming speech on behalf of the Rector of VolSU, Professor Alla Kalinina:
"EthnoSouth has become a wonderful platform for meetings of representatives of various cultures. The Volgograd region is unique because representatives of more than 120 peoples live on its territory. Russian culture has always been famous for the unique interaction of different languages and cultures and in this fusion they did not dissolve, but preserved their identity, mutually enriching one another. All this contributes to harmony and peace in our multinational country. It is great to see that representatives of many nationalities at VolSU do not forget their roots. Our international students hold weeks of different languages and cultures, celebrate Chinese New Year and Nowruz, organize festivals of cultures of Indonesian peoples. All these events arouse interest and help to get to know the cultures of different countries better." 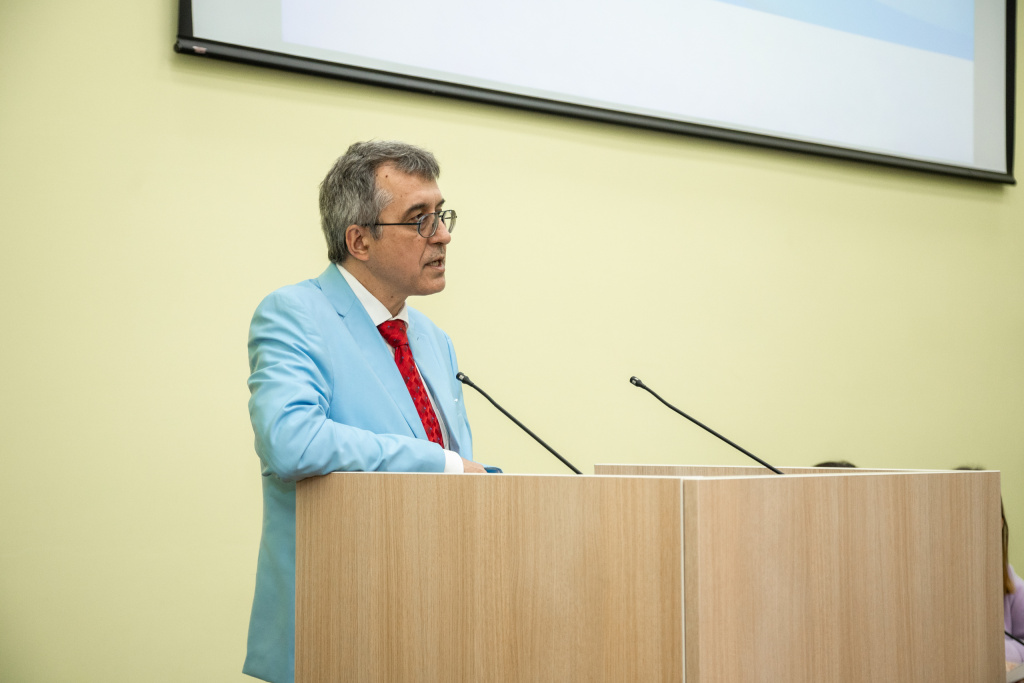 Chairman of the Culture Committee of the Volgograd Administration Dmitry Polyanin congratulated the students: "Development of interethnic relations has always been important and relevant at our city, on the territory of which representatives of various nationalities have lived in peace and harmony for many centuries. I am sure that the EthnoSouth student festival will become an important event in the social and cultural life of Volgograd."

Director of the Institute of Philology and Intercultural Communication Marina Fadeeva gave an interesting lecture on the diversity of languages and cultures in modern world. 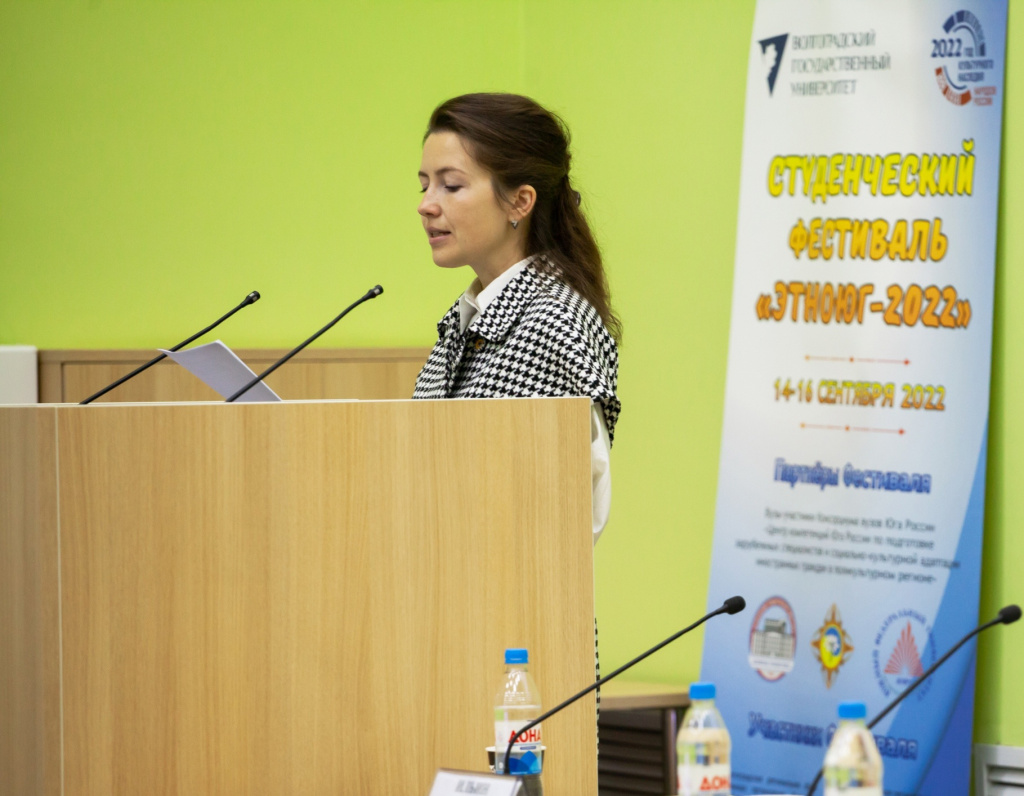 On the first day, students also played the "Try to Understand Me" interactive game. In the meantime, heads of international offices at universities of the South of Russia participated in the "Interuniversity Cooperation to Promote Export of Education of Universities of the South of Russia" round table. The round table covered issues of education, employment and social adaptation of international students, organization of socio-cultural events for them. The agenda also included the development of programs and projects aimed at export growth and internationalization of Russian education, international cooperation in the field of education and science, including interuniversity programs of cross-cultural student exchange.

The second day of the festival brought students and guests together at the Tochka Kipeniya venue of VolSU, where workshops from representatives of the communities of peoples of the Volgograd region were taking place. The students got to know Korean and Russian cultures better.

The "Mirine" Korean center showed how to make paper cranes. Representatives of "The First of March" Korean Cultural and Educational Center taught how to play traditional Korean games. The students really liked the Korean calligraphy lesson. Silver volunteers of Volgograd taught the guests how to make rag dolls. And painting small wooden boards in the Russian folk style took participants into the magical world of creativity and filled this unusual day with bright colors.

The concert of the peoples of the South of Russia with the participation of the communities of peoples of the Volgograd region became a spectacular culmination of the festival. The "Venets" folk ensemble of the Department of Traditional Culture and Folk Instrumental Performance of Volgograd State Institute of Arts and Culture performed a romance and a dance tune, showing various sides of the mysterious Russian soul. The drum performance and the Sogochum dance by the artists from the "Mirine" Korean center, as well as the "Under the sky of Vainakh" Chechen dance performed by the youngest artists of the concert also left nobody indifferent. The "INIGHT" K-pop cover dance team performed a love song, becoming a symbolic finale of the festival that united students of Astrakhan State University, South Federal University and Volgograd State University.


The cultural program with visiting sights of Volgograd ended the EthnoSouth-2022 festival.

The festival was organized thanks to the cooperation of Southern Federal District universities united in the "Competence Center of the South of Russia for training international specialists and the socio-cultural adaptation of foreign citizens in a multicultural region" consortium. 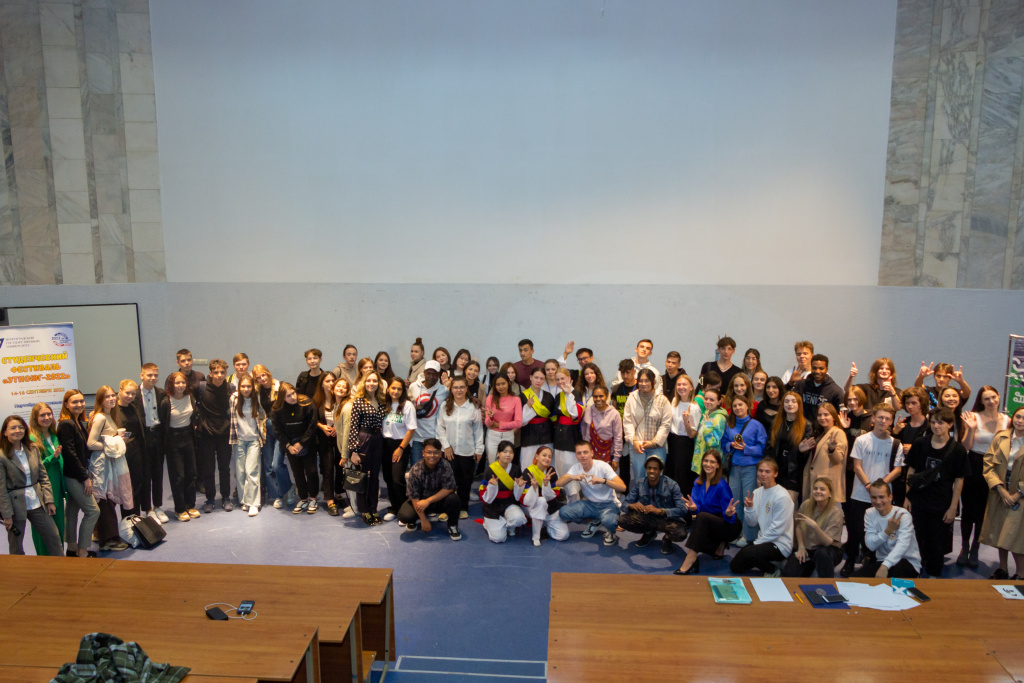