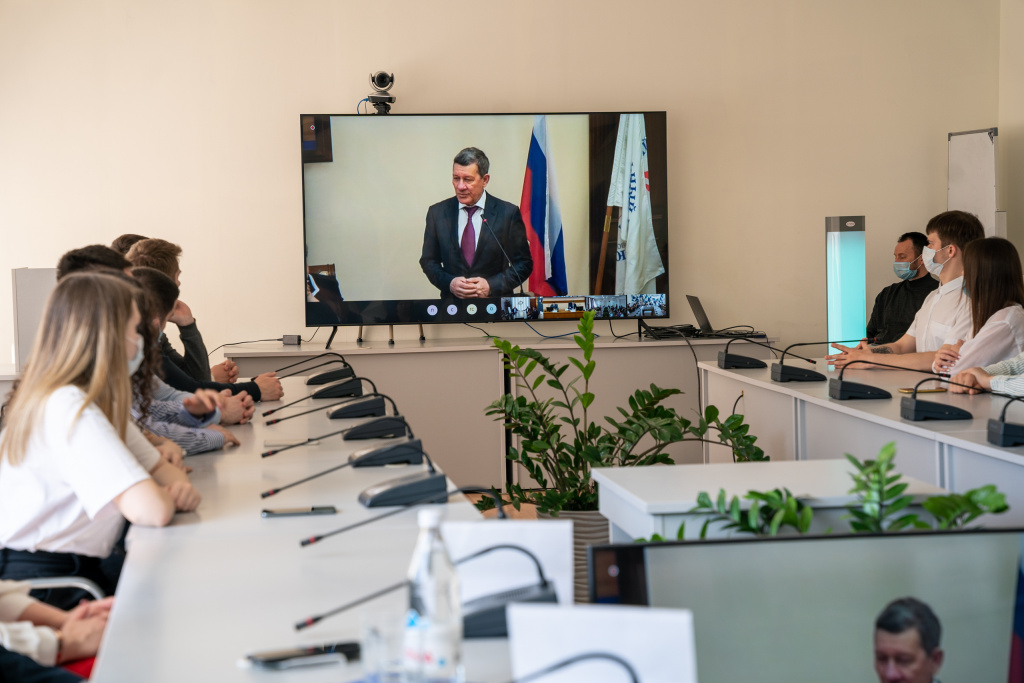 A ceremony of awarding certificates to the winners of contests for grants from the President of the Russian Federation for state support of young Russian scientists took place at Volgograd State University. The event was held in a hybrid format: VolSU acted as a platform for awarding certificates to Volgograd young scientists and streamed the event alongside leading universities of the Southern Federal District that were holding award ceremonies as well.

The organizers of the contest are the Ministry of Science and Higher Education of the Russian Federation together with the Grant Council of the President of the Russian Federation. A total of 1,234 applications were submitted to the contest this year. In the Southern Federal District, 30 applications became winners. Two representatives of VolSU are among the grantees.

The ceremony was opened by Vladimir Gurba, Deputy Plenipotentiary Representative of the Russian President in the Southern Federal District. 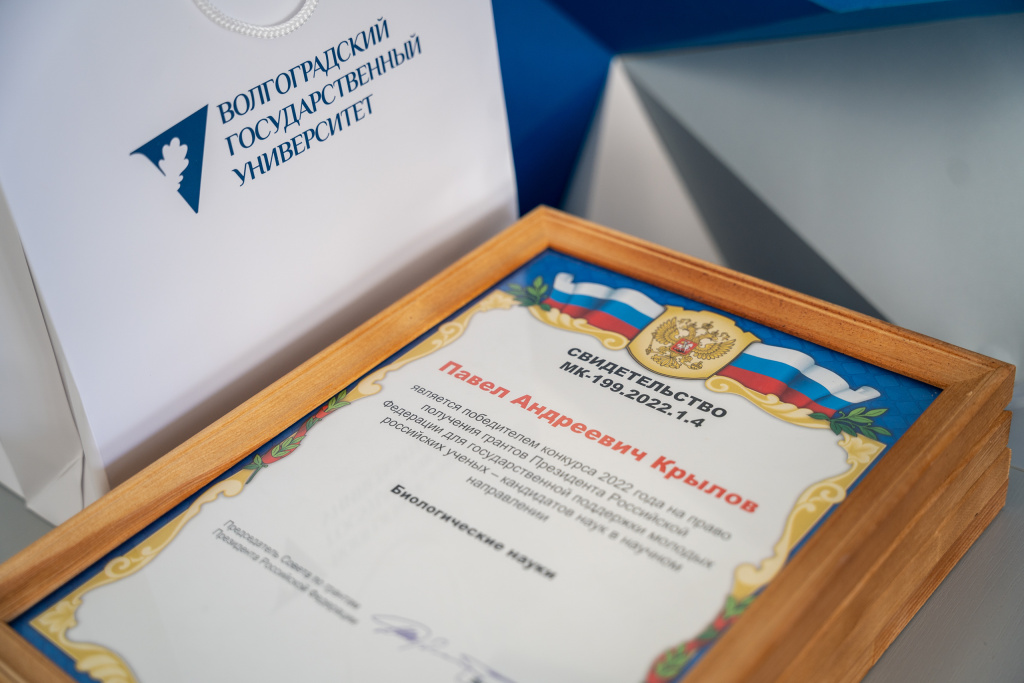 “Your achievements prove that research does not halt. Congratulations to all the winners of the contest for your patience, eagerness and expertise. We are proud of you. Science is the basis of any state. Of course, I also want to express my gratitude to the professors, whom we would not have succeed without. Thank you to your professors and mentors. Always remember and honor those who taught you to think clearly. Thanks to the rectorates of universities helping young scientists to develop,” Vladimir Gurba emphasized.

The participants of the ceremony were greeted by Marina Borovskaya, Chairman of the Council of Rectors of Universities of the South of Russia, President of the Southern Federal University.

“There are beautiful words in the anthem of Russia: ‘Be glorified, country! We are proud of you!’ Today, the country can be proud of its young people. These 13 universities, where the winners of the contest work, are also experiencing a sense of unity today, because their results have been distinguished. Mentorship by the rector of the university and your professor is also an important part. I hope your professors are no less excited today. I am confident that rectors understand that the path in science is determined by laboratory bases, and that they will respond to the success of their scientists properly. Time demands serious mobilization from us, new growth points always appear. I wish you all good luck and success, we are proud of you,” Marina Borovskaya said.

Alexey Ermakov, Deputy Plenipotentiary Representative of the Russian President in the Southern Federal District, also congratulated the winners of the contest.

“The entire elite of the academic community is present at the ceremony today. We have a lot to be proud of and strive for. I want to say words of gratitude to all the rectors of the universities. Without your support it would have been impossible. It is gratifying that students are also here with us today, so they can take our scientists for a model,” Alexey Ermakov said.

At Volgograd State University, certificates were awarded by Rector of VolSU Alla Kalinina and Chief Federal Inspector for the Volgograd Region Dmitry Safonov. Rector Alla Kalinina commented: “VolSU is a university with traditions in education, art, and, of course, in science, which defines one of the most important missions of a classical university. Volgograd State University always strives to comprehensively support young scientists. For instance, last year, for the first time, we awarded the winners of the contest of young scientists and writing teams of VolSU for the Honorary Scientist of the Russian Federation O. V. Inshakov Award for Significant Scientific Achievements. Our scientists regularly become laureates of the contest for grants from the President of the Russian Federation. In the previous two years alone, five young VolSU scientists have won it.”

Representatives of the Volgograd State Technical University were also awarded certificates at VolSU. Oleg Dushko, First Vice-Rector, Director of the Institute of Architecture and Construction of VSTU took part in the award ceremony.