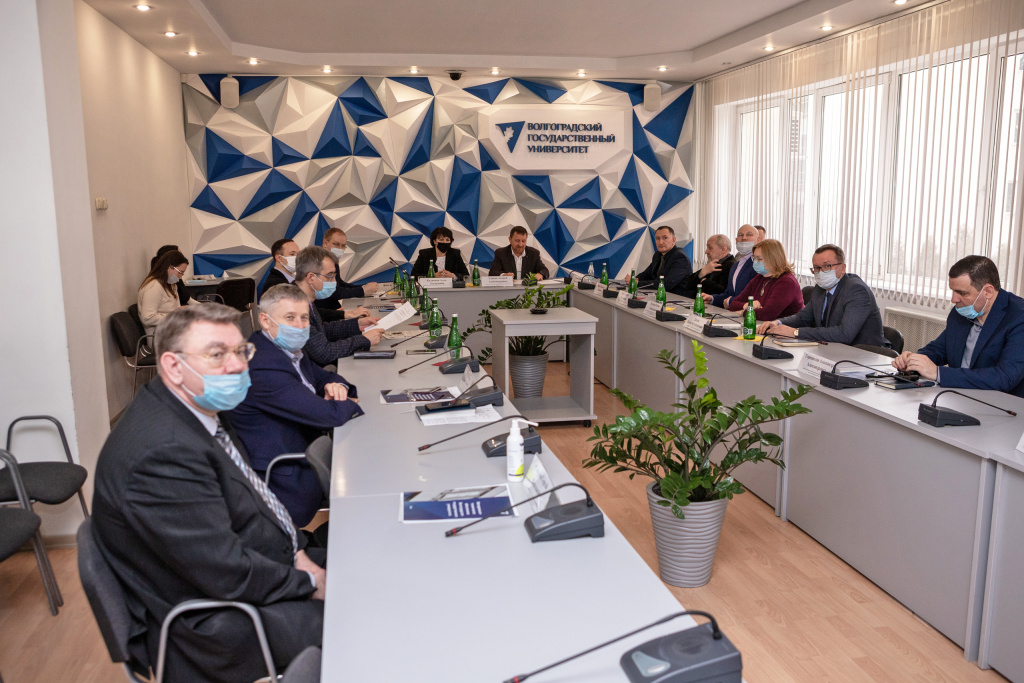 A meeting of VolSU Board of Trustees was held at Volgograd State University. Two new members were included in the Board: Dr. of Engineering, Prof. Dmitriy Novikov, the director of the V. A. Trapeznikov Institute of Control Sciences of Russian Academy of Sciences, Corresponding Member of the Russian Academy of Sciences, and Andrey Reut, the first deputy CEO of the Roscongress Foundation.

Rector Alla Kalinina made a report on the implementation of VolSU development program in 2021. Quantitative and qualitative indicators of educational, scientific and financial activities, as well as youth policy and strengthening of facilities and resources were considered in the report. The rector stressed the importance of the fact that the university successfully received state accreditation in all areas of secondary vocational education, bachelor's, specialist's and master's degrees implemented at the university until 2027. She also highly assessed licensing of new training programs and 45 postgraduate programs in accordance with the new list of specializations.

Ms. Kalinina noted the high quality of the educational process in the context of pandemic restrictions and the intensive development of online social events, as well as 'VolSU by Your Side' and 'VolSU at Home' projects. She also spoke about the successful implementation of the Online University Admission pilot project of the Ministry of Science and Higher Education of Russia. The rector presented to the members of the Board the students' achievements in research, social activities and creative endeavors, as well as information about the participation of the university staff in the implementation of priority national projects. The staff members actively participate in the projects of Federal programs. For instance, the 'Science and Universities' National project is dedicated to creating conditions for training personnel in the field of protection and commercialization of intellectual activity results. The 'Small and Medium Entrepreneurship and Support for Individual Entrepreneurial Initiative' project is focused on consulting and educational services for small and medium businesses of the Volgograd region. Special attention is paid to social and technological entrepreneurship. The efforts of VolSU in the 'Success for Every Child' Federal Program of the 'Education' National Project are also quite fruitful. 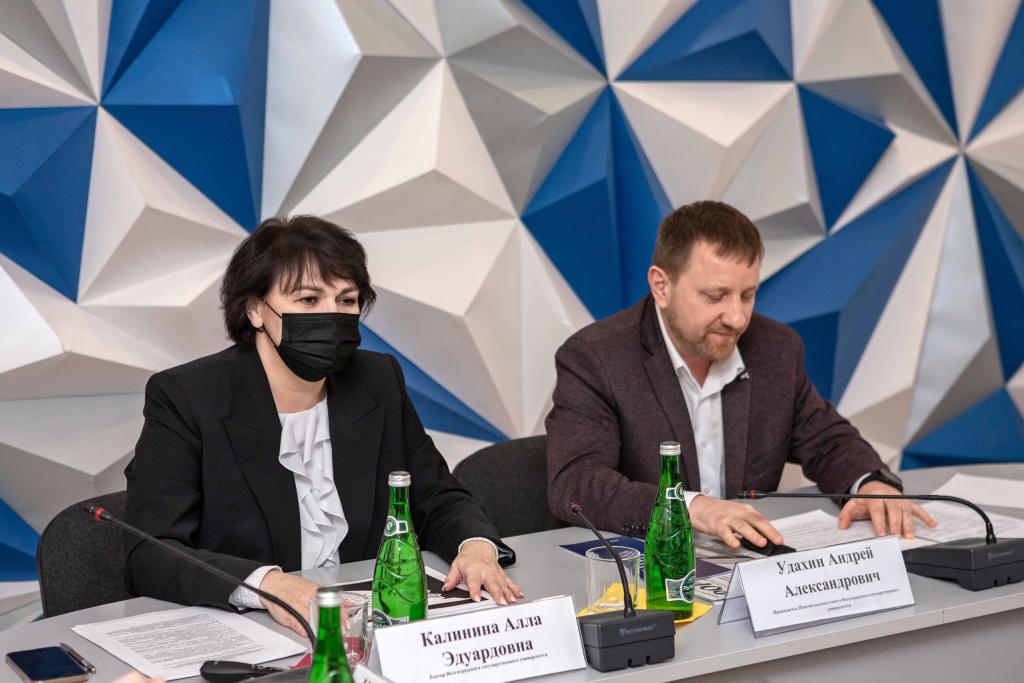 The Board members showed interest in the mechanisms of university's cooperation with employers and leading stakeholders within the framework of established consortia, such as the PP-Technologies Consortium, 'Competence Center of the South of Russia for the training of foreign specialists and socio-cultural adaptation of foreign citizens in a multicultural region', 'Complex Ecological Systems' (Federal Research Center for Agroecology of Russian Academy of Sciences), 'Science, Technology, Innovation' Scientific and Production Consortium, 'DNA Centers: Science, Education, Personnel'.

Special attention was paid to the work of the VolSU 'TeleNovo' regional engineering center. Today, the company provides not only 3D printing, prototyping and reverse engineering services, but also a closed cycle of additive manufacturing, including the manufacture of 3D printing consumables.

In her report, the rector also shared plans for the university campus development, which is included in the strategic program of VolSU. The project implementation follows a comprehensive approach, based on the idea of a green campus and an eco-friendly concept as a factor of sustainable development of the urban environment. It should be noted that Volgograd State University actively participates in the environmental agenda. For instance, VolSU has entered the top 5 green universities of Russia.

The rector's report was taken into consideration and approved by the members of the Board unanimously. The university development program was agreed upon and a set of measures for the participation of the Board of Trustees in its implementation was developed. The participants noted the great work carried out in VolSU to optimize costs, modernize facilities and resources and significantly upgrade computer equipment in 2020-2021. 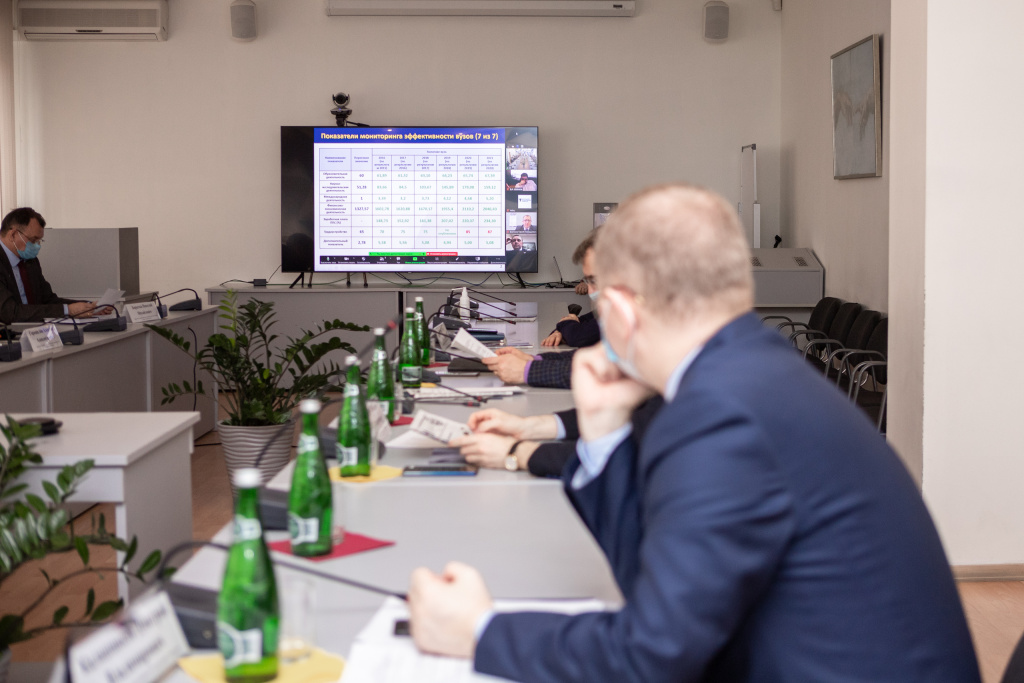 Chairman of the Board of Trustees of VolSU and Chairman of the Volgograd Region Division of the 'Opora Russia' All-Russian Public Organization of Small and Medium Entrepreneurship Andrey Udakhin expressed his gratitude to Ms. Kalinina for the comprehensive report: "Evidently, the rector and the staff are entirely engaged in the activities of the university. I would like to thank you for your diligent work. According to many indicators, VolSU is at a high level both in the region and in Russia. Keep up the good work!"

The Board of Trustees is a collegial body whose purpose is to foster the development of the university in all areas, strengthen its financial and economic situation, expand its connections with authorities and public organizations, establish new contacts, organize internships for students and help in the employment of graduates.

The Board of Trustees is formed by representatives of entrepreneurial, financial and scientific circles, associations of employers, public associations and other figures, including university graduates. It is created for the term of office of a rector.