Sister cities relations are strengthened between Volgograd and Cleveland 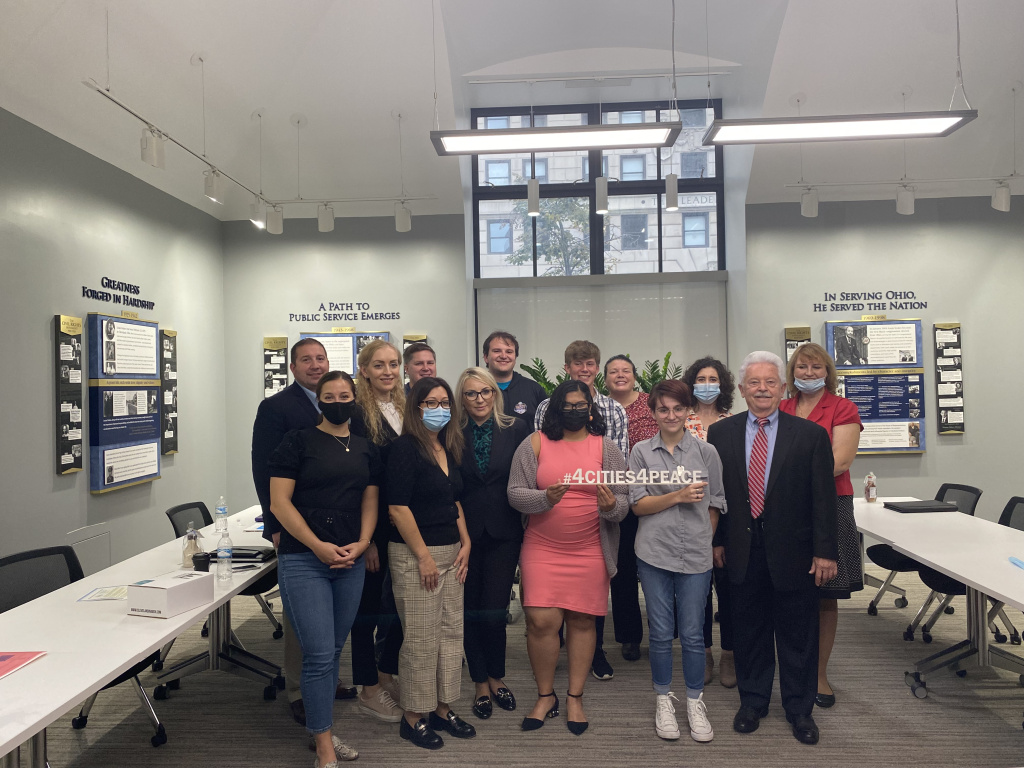 Dr. Elena Parubochaia notes that “the purpose of the conference is to develop international relations by establishing contacts between representatives of public, educational, and cultural organizations of sister cities from all over the world. The event is aimed at expanding international cooperation and provides a unique opportunity to discuss new best practices in cooperation between higher and general education institutions and libraries of sister cities. It raises the level of awareness of foreign societies about the sister city movement, deepens the cultural interaction of cities and countries, and unlocks the humanitarian potential of Russia in the global arena.

During the event interim results of the “4 Cities 4 Peace” project were discussed. This project united four sister cities: Volgograd-Cleveland (Ohio, USA), Arkhangelsk-Portland (Maine, USA). During one year, the project participants held 6 workshops and discussed the peculiarities of educational systems in the Russian Federation and the United States of America. As part of online sessions held this spring and summer, schoolchildren from the Russian Federation and students from the United States shared photos of their cities with each other, spoke about their holidays and started the new school year, as well as presented significant historical and cultural locations of their cities. 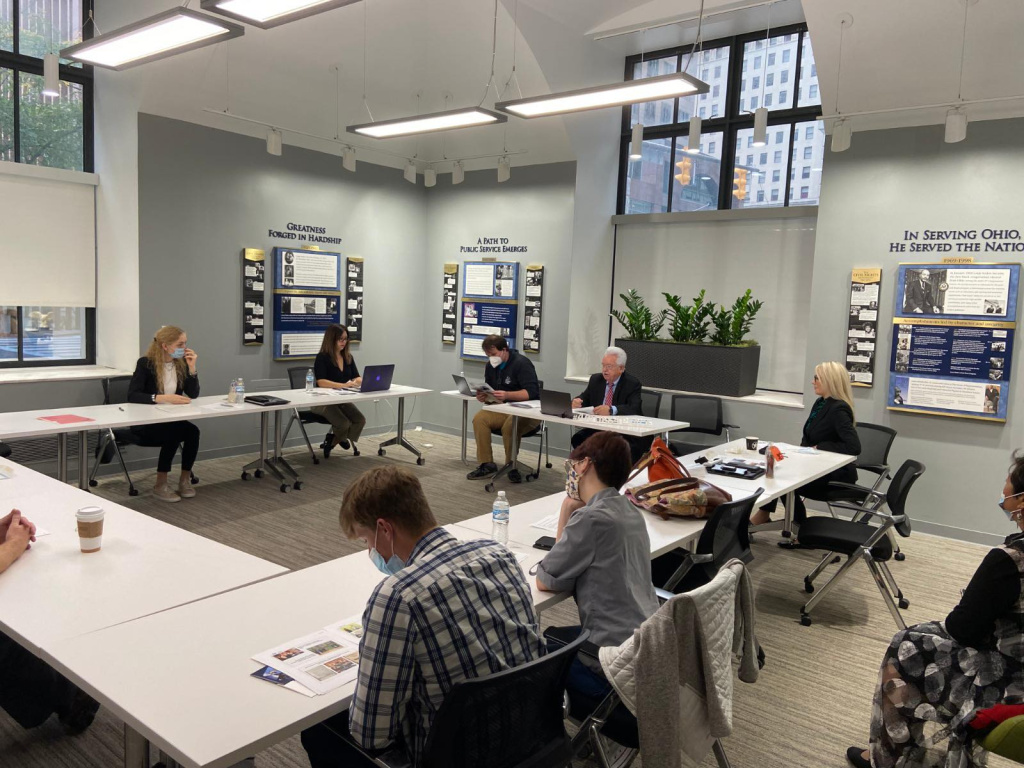 The 4 Cities 4 Peace Friendship Forum session, held on the first day of the Cleveland Sister Cities Conference, was moderated by Ms. Lisa Purdy, President of the Council of International Programs USA. At the session, Dr. Parubochaia, the representative of Volgograd, described how the idea of launching this project emerged: it happened in the course of discussions at the round table “Volgograd-Cleveland: sister city relationship as a new format of the Russian-American dialogue”, organized by the Center for Public Diplomacy in November 2019. Ms. Anna Prygunkova, the representative of Volgograd, took part in the working group of the international project “4 Cities 4 Peace: Volgograd-Cleveland, Arkhangelsk-Portland” and made a report on joint cultural and educational projects within the framework of sister city relationship between Volgograd and Cleveland. In addition, Mr. Ken Kovach, Chairman of the Cleveland-Volgograd Sister Cities organization, Ms. Marina Pirogovskaya, Arkhangelsk’s Sister City Relations Coordinator, and Mr. Neale Duffett, Co-Chair of Sister Cities Committee "Greater Portland - Arkhangelsk", also gave speech at the conference.

An important direction of the project is attracting the younger generation of Cleveland, Volgograd, Arkhangelsk and Portland to strengthen the sister city relationship of their cities. Youth leaders were selected from each of the four cities and made presentations at the session wh ere they highlighted the importance of direct youth dialogue in reinforcing a peaceful future. Ms. Elizaveta Didenko, a second-year student of the bachelor’s program “Foreign Area Studies”, became the youth leader from Volgograd.

On the second day of the conference, Mr. Nikita Piskunov, the representative of Volgograd, made the report “Universities of sister cities: cooperation between Volgograd and Cleveland” at the session “Sister City Universities”. The report presented main achievements of Volgograd State University, as well as directions for the international cooperation development of the university, and joint projects of the Center for Public Diplomacy with Cleveland colleagues. The activities of the Center to strengthen sister city relationship between Cleveland and Volgograd were recognized at the meeting of leaders within the framework of the conference held by the Open World organization in Washington.

The Center for Public Diplomacy has repeatedly participated in international platforms organized by Global Cleveland. Among them are the Second International Cleveland Sister Cities Conference (October 2020), Library Sister Cities Mini Summit (July 2021), etc. Cleveland representatives took part in the round table “Volgograd-Cleveland: sister city relationship as a new format of the Russian-American dialogue”, organized by the Center for Public Diplomacy in November 2019, as well as in the round table “30 years of sister city relationship between Cleveland and Volgograd”. Residents of Volgograd and Cleveland took part in the joint celebration of the 60th anniversary of Yuri Gagarin’s space flight (April 2021). The Center for Public Diplomacy arranged for an online broadcast of the wreath-laying ceremony at the bust of Yuri Gagarin in the Russian Cultural Garden, Cleveland. This event was attended by Mr. Mark Kalinin, Head of the Russian Cultural Center in Washington. With the assistance of the Center for Public Diplomacy, an exhibition dedicated to World War II and created on the bases of sources of the Battle of Stalingrad Panorama Museum is being shown at the Cleveland Public Library. 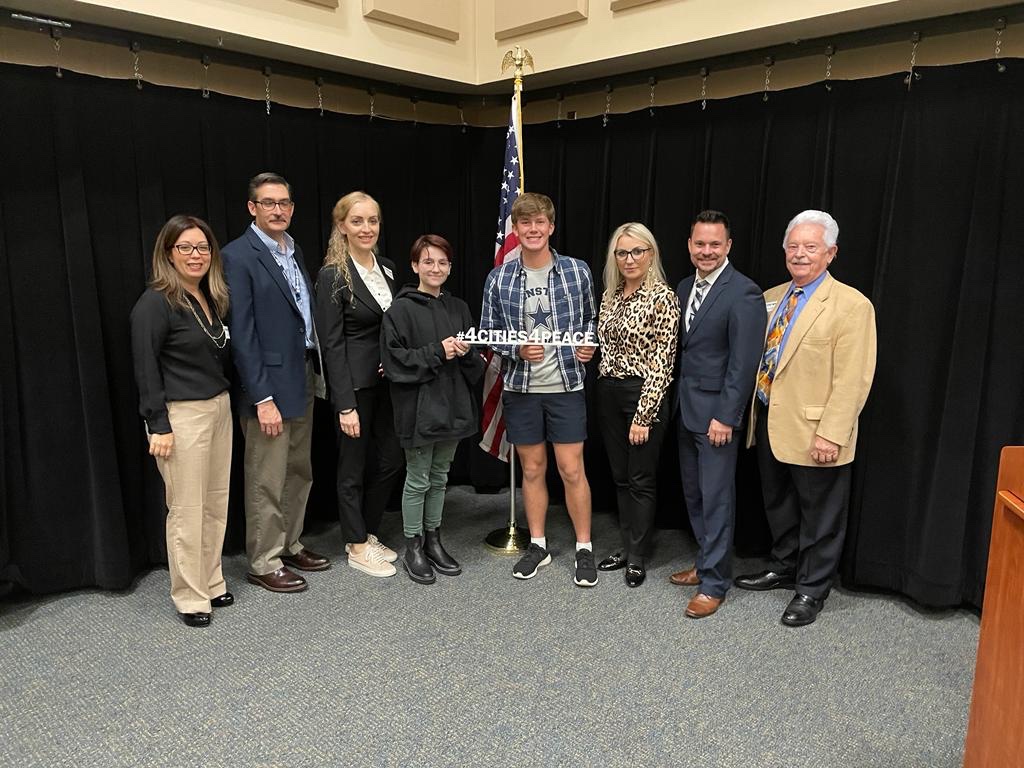 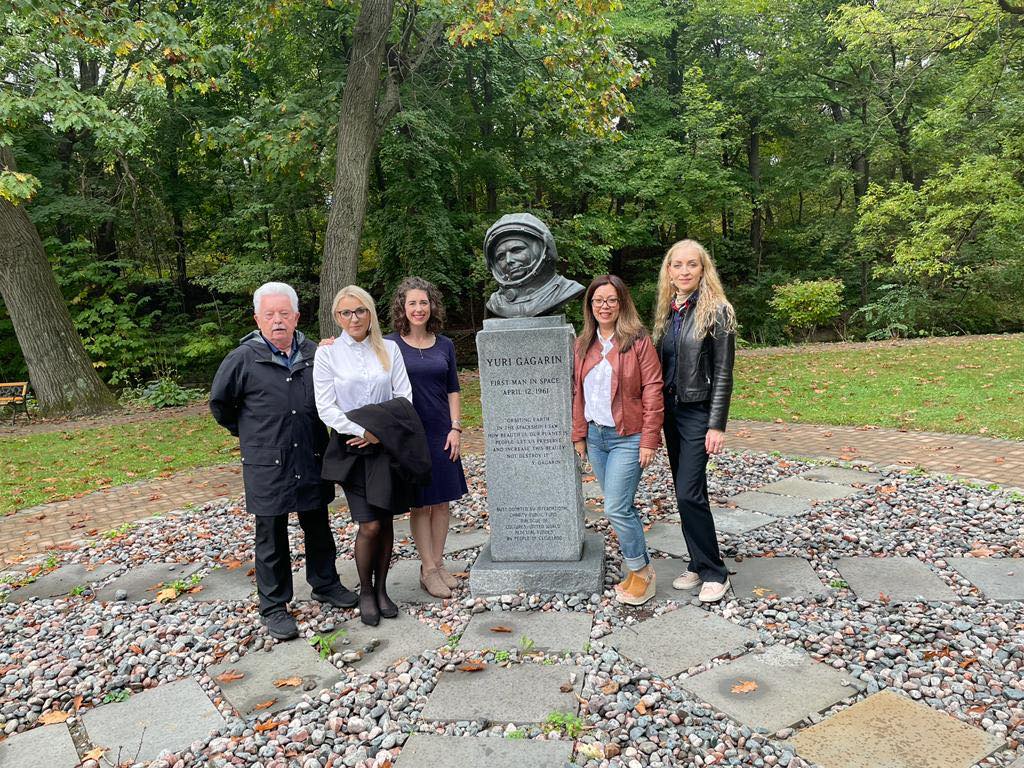