Japanese autumn: students and professors of VolSU share their impressions 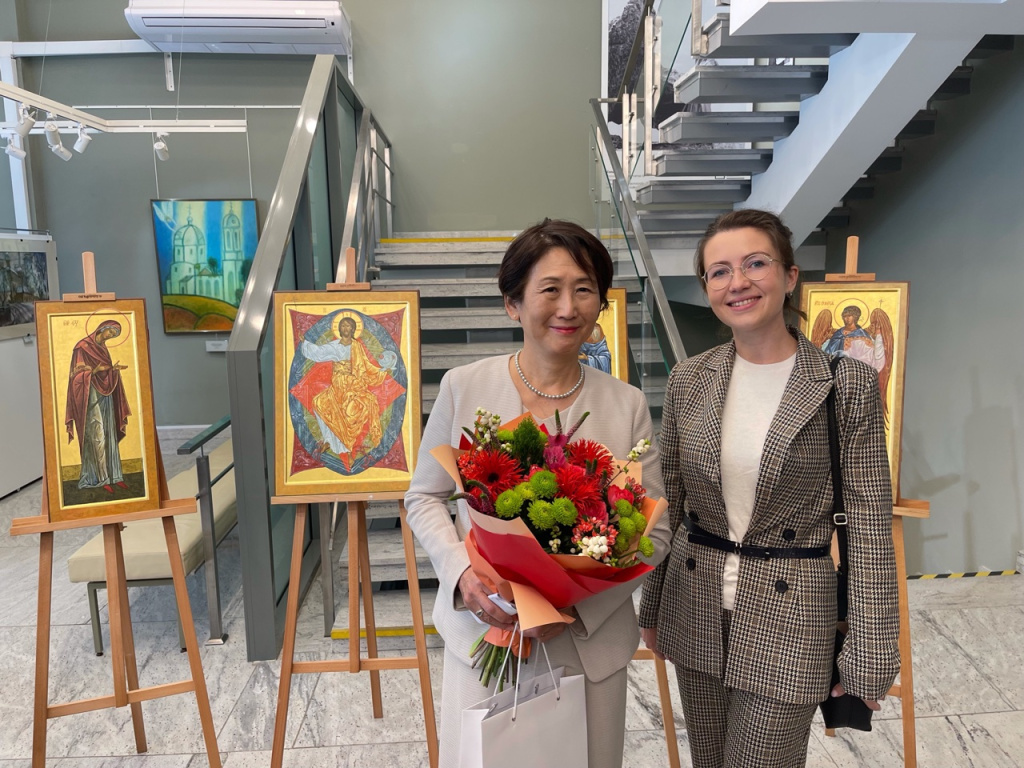 The "Japanese Autumn" festival was held in Volgograd as part of the year of Japanese-Russian interregional and twinning exchanges. The main idea of the festival was to attract the attention of the Russians to the Japanese culture and to provide the Volgograd citizens with the opportunity to get acquainted with the creative work of artists, writers and film-makers of the Land of the Rising Sun.

Ambassador Extraordinary and Plenipotentiary of Japan to Russia Mr. Toyohisa Kozuki and his wife took part in the opening ceremony of the Festival in Volgograd.

The highlight of the festival became a unique exhibition of 12 Orthodox icons by the Japanese artist Mrs. Hiroko Kozuki, which was held last weekend in the Museum of Fine Arts named after Ilia Mashkov. Ms. Kozuki is fond of Old Russian art and has been engaged in icon painting for over 20 years.

Dr. Marina Fadeeva, head of International Office of VolSU, shared her impressions by saying that Mrs. Kozuki's passion for icon painting was not only remarkable in the extent of her immersion into another culture but also admirable. During the conversation Mrs. Kozuki told that she was born in Hiroshima, so she always wanted to visit Volgograd.

Ms. Ekaterina Tolmacheva, secretary of Satori club for Japanese culture studies of VolSU, told that films about Japanese culture, traditional handicraft master classes on making ikebana, kanzashi and sumi-e painting help to immerse in the wonderful world of Japan. If you're into Japanese culture and want to learn more about the Land of the Rising Sun, join the Satori student club. You can attend interesting lectures, take part in cosplay, contests and quizzes.

It should be noted that the Eastern Vector is one of the priority directions of the university's cooperation in the field of science and culture. On September 16, 2021, Volgograd State University became a permanent member of the Association of Institutions of Higher Education of the Russian Federation and Japan, established in 2016 at the initiative of the two heads of state. Joining the Association was made possible by the extensive experience of Volgograd State University staff, professors and students in the implementation of Russian-Japanese projects and peace-building initiatives.