"Thinking in colours" of different languages at VolSU 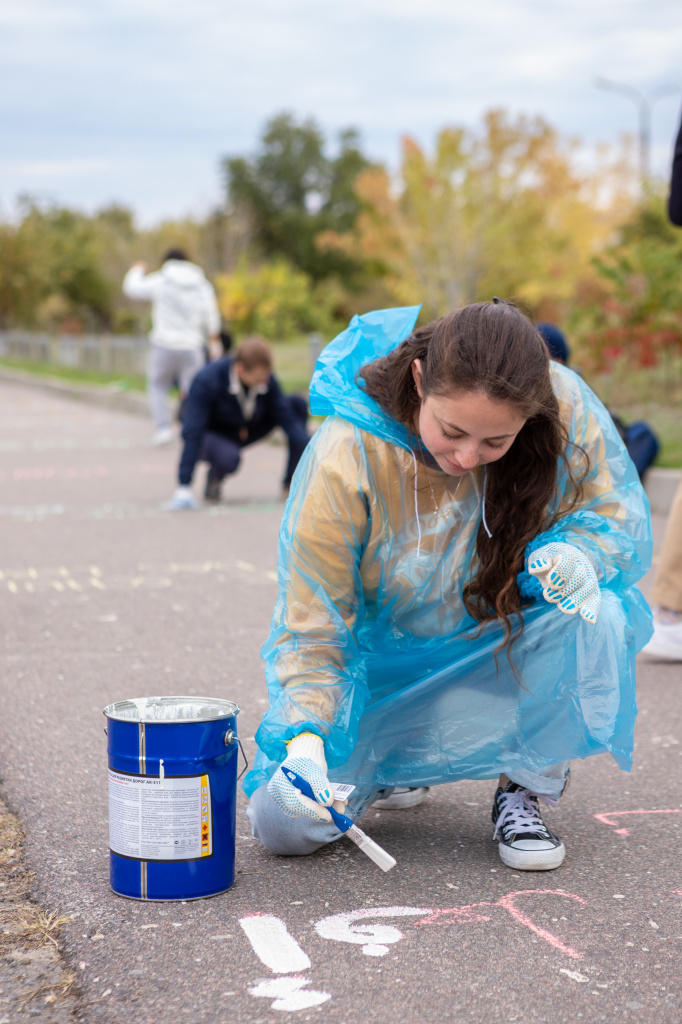 On 30 September, the International Translation Day, Volgograd State University held a student event called "THINKING IN COLOURS". The participants were students fr om Russia and many foreign countries: Azerbaijan, Jordan, Germany, France, Czech Republic, Indonesia, China, Vietnam, Tajikistan. As part of the event, VolSU students painted aphorisms of Russian and foreign thinkers in their original language on the lower part of the road leading from the dormitory to the main building of the university. Some students joined the action in process.

For international students of VolSU, "THINKING IN COLOURS" is an opportunity to bring a piece of their culture to a place that is really their second home at the moment. The action became an excellent platform for young people of different nationalities to communicate in Russian, English and other languages, talking about themselves and the culture of their countries.

For every student coming up to VolSU, the meaning of this aphorism " The Road to Success Runs Uphill " is revealed in a special way because the students need to go from the main road to the university which is located on the hill.

Mr. Kirill Milyutin, a tutor from Johannes Gutenberg University Mainz (Germany), shared his impressions about the action by saying that the phrase "Nicht für die Schule, sondern für das Leben lernen wir!" means that we do not study for grades, but for the benefit of the future.

Mr. Jakub Zieba, a 2nd - year student (Czech Republic) chose the phrase of the famous Czech educator and writer Jan Amos Komenský "Poznání sebe sama je základem pravé moudrosti". It can be translated into Russian as " Knowing yourself is the basis of true wisdom ".

Since Russia is a multinational country wh ere many nations have preserved their own language, the VolSU action reflected this peculiarity of the country as well. For example, students from Dagestan wrote aphorisms in their native language.

It is expected that the written phrases will motivate students to study, professional growth and personal development, as well as inspire creative photos. 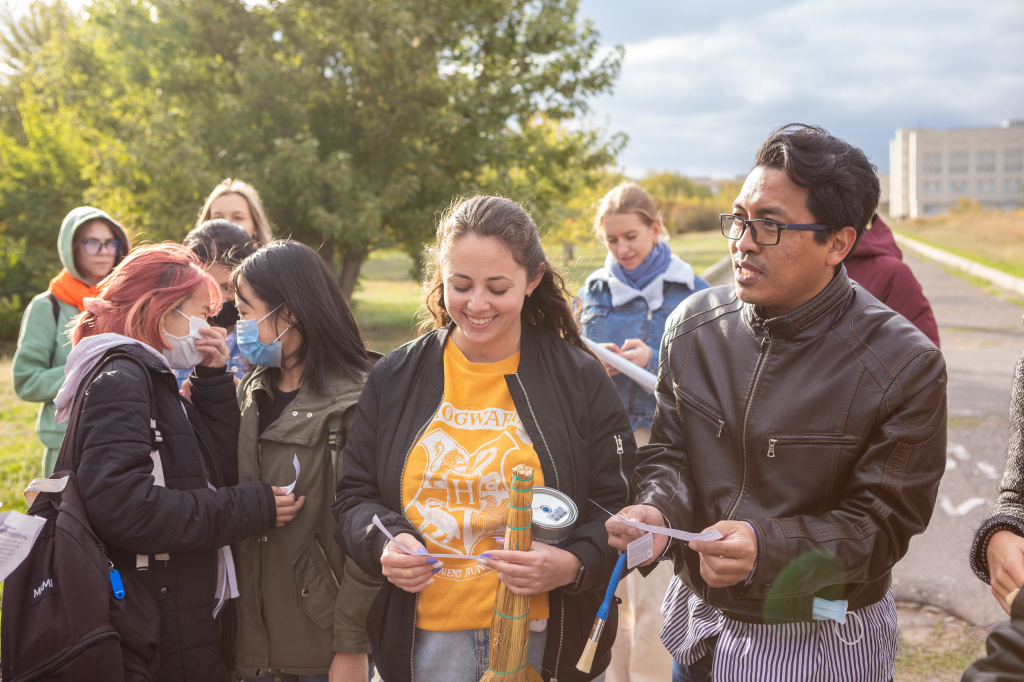 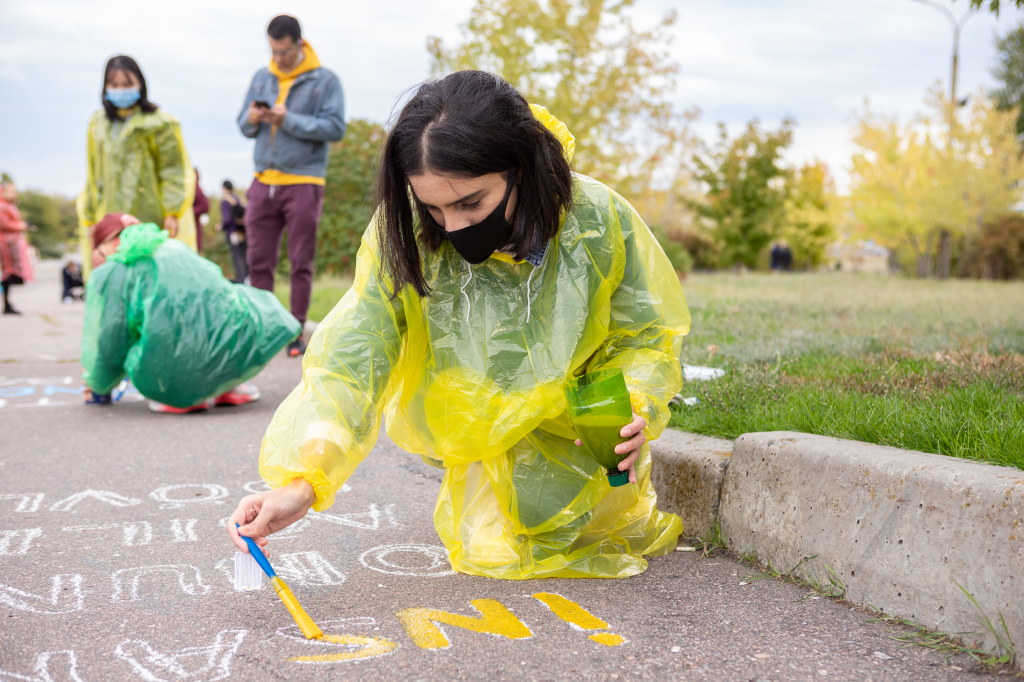 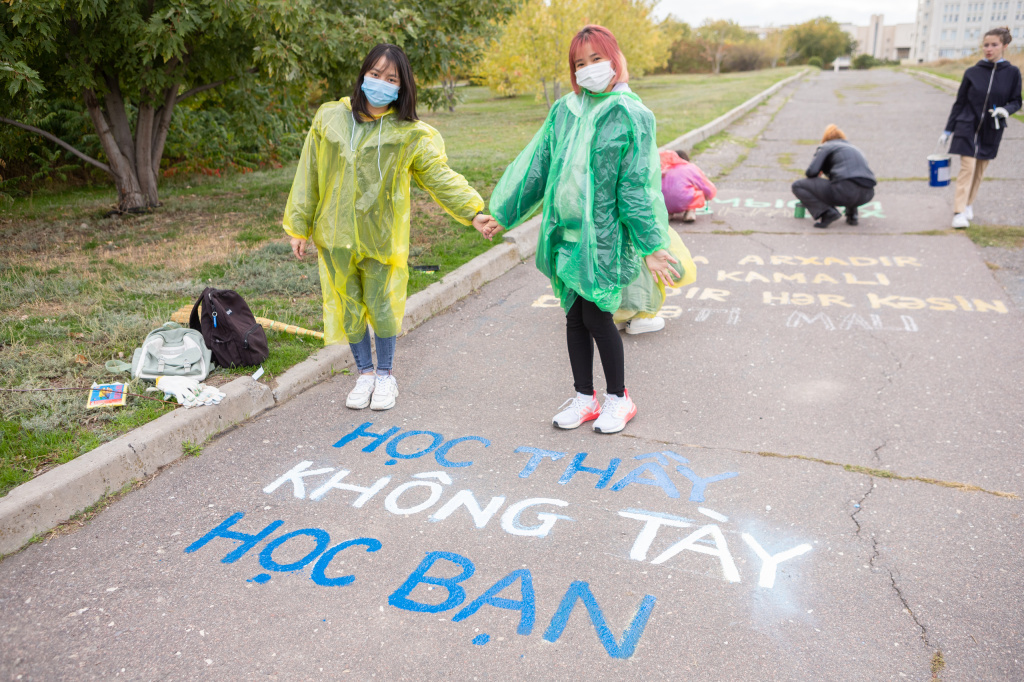